The Top 5 Known Causes of ED 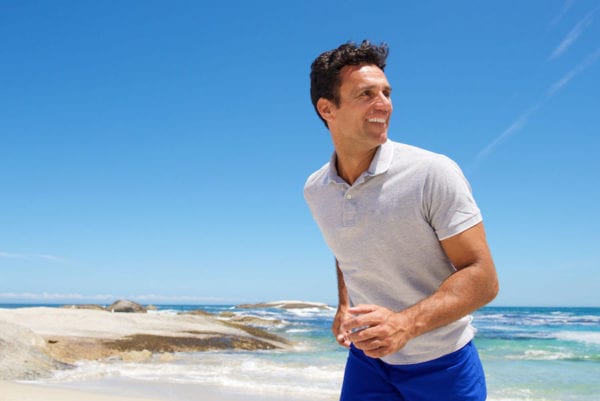 No matter what it’s called, it still feels embarrassing to talk about, and demoralizing to admit that it might be a problem.

The statistics show that 50% of men over 60 years will experience symptoms of erectile dysfunction. For many men, ED manifests in the 40’s and 50’s, increasing in severity after 60 years of age.

In technical terms, Erectile dysfunction can include any of these symptoms:

The challenge for most men is that it is difficult to know what is causing it, and how it can be reversed.

In today’s article, we will look at 5 of the top known causes of Erectile Dysfunction, and how they can be overcome with better self-care and treatment.

For a long time, it was believed that the buildup of plaque in the arteries of the body (atherosclerosis) was the reason why erectile dysfunction often precedes heart problems.

With newer research, experts now believe that erectile dysfunction is more often due to the dysfunction of the inner lining of the blood vessels (endothelium) and smooth muscle.

Keep in mind that erectile dysfunction does not always indicate an underlying heart problem.

Research does suggest that men with symptoms of erectile dysfunction who have previously had no symptoms of heart problems should be screened for heart disease before starting any treatment.

Similar to heart disease, diagnosed conditions such as obesity and diabetes has been linked to erectile problems for men.

In a 2009 study published by the National Center for Biotechnology Information, erectile dysfunction was found to be highly prevalent in men with diabetes mellitus and obesity.

In general, a person is not considered obese until their body weight is at least 20% higher than the suggested Body Mass Index. The BMI calculations are decided by taking a person’s weight in kilograms divided by the square of their height in meters. (For the US market, who are more familiar with pounds and feet, here is a handy BMI calculator).

Obesity and Diabetes are increasingly being recognized as an early clinical indicator and motivator for patients who have symptoms of ED.

Adult-onset Diabetes is a condition that is typically diagnosed via high insulin levels and can be caused by high body fat around the waist and high cholesterol. For men who feel out of shape physically and are gaining weight out of proportion to eating habits, may be developing “early”  Diabetes, and this could be causing erectile dysfunction.

3) Tobacco and Alcohol Use

Smoking and alcohol drinking are common in middle-aged men, and the onset of erectile problems are most prevalent in this same age group. Coincidence? Probably not.

In terms of smoking and tobacco use, a recent WebMD article reported that men who smoked more than 20 cigarettes daily had a 60% higher risk of erectile dysfunction compared to men who never smoked.  The article explained the multiple benefits of quitting smoking for middle-aged men.

‘Once you quit smoking, your health starts to improve immediately. Your blood pressure improves. Your chance of a heart attack goes down. Most importantly for ED prevention, your circulation begins to improve within 2 to 12 weeks.’

The International Society for Sexual Medicine revealed some interesting links between Sleep disorders and ED.

In the article, they explain ‘Scientists aren’t sure exactly why men with Obstructive Sleep Apnea have higher rates of erectile dysfunction, but they have some theories.

Men’s bodies produce testosterone (a hormone that is important for sexual function) during the night. But insufficient sleep, such as that caused by sleep apnea, can reduce testosterone levels, resulting in poor erections and decreased libido.’

For men finding that they snore, have restless sleep, or wake up feeling tired, then getting checked for sleep apnea could be a good idea. And as more research is conducted, it may also become a proven way to reduce erectile problems.

What’s going in a man’s head can affect their erections. Studies are showing more frequently how the symptoms of stress, anxiety, and depression can also affect erectile performance.

Anxiety and in particular performance anxiety can become a vicious cycle for some men experiencing ED. Stress can take a man ‘out of the moment’ which makes maintaining an erection a challenge. Research has shown that stress and anxiety are common causes of erectile dysfunction in men under the age of 40, however, it can be responsible for ED at any age.

Depression is recognized as having effects far beyond mood and can compromise a man’s immune system or even increase the likelihood of having a heart attack. Erectile dysfunction can also affect someone with depression even if there is a desire to be intimate with a partner.

Don’t Try to Fight it Alone

As you can see, many of these conditions are interlinked and can have an effect on each other.

By focusing on reducing the overall detrimental effects to your health, you have a higher chance of reducing erectile problems as well.

Perhaps the larger problem for most men is in trying to fight the issues alone. By reaching out to a medical professional, they can offer objective, tested and reliable treatment for erectile problems.

You are not alone in the struggle, and we have helped hundreds of men who had suffered from ED symptoms.

Reach out today to schedule a confidential consultation to see how we can help you overcome the challenge of ED.