Trust Our Professional Team to help treat your frustrating condition

Men are often reluctant to discuss sexual problems out of embarrassment, fear of being thought of as less than manly, or simply because they don’t understand what’s happening. Ignoring issues, however, can lead to erectile dysfunction, emotional distress, embarrassment, and can even cause irreparable damage to intimate relationships. Experts believe that 9 percent of men are afflicted with Peyronie’s disease, and although it can occur at any age to men of any race, it’s most common in men who are middle-aged.

What is Peyronie’s Disease?

It’s important to note that penises come in all shapes and sizes and a curved erection can be perfectly normal. However, Peyronie’s may be present when the curve causes pain or affects sexual performance.

The signs and symptoms might come on suddenly, but they may also develop over time. Regardless of the speed at which Peyronie’s disease symptoms are noticed, the most common include:

Unfortunately, the exact Peyronie’s disease cause is still unknown. However, it is frequently brought on by some sort of trauma. When a normal penis becomes aroused, blood rushes in and fills its chambers. The elastic tissue alongside these chambers acts as a protective sheath and allows for a full erection. When the sheath becomes damaged due to trauma, hard scar tissue called plaque – essentially a buildup of collagen – forms and causes inelasticity. Without the required flexibility, the penis creates a curvature, or bend. Generally, Peyronie’s disease causes are brought about by things like:

If a man hits his penis very hard, or bends it because of an accident, it can cause an acute injury. Likewise, vigorous sexual activity, and bending of the penis during penetration, or by his partner’s pubic bone, are common causes. He may, or may not, realize he’s hurt himself immediately as the pain may go away quickly.

Certain athletic activities, such as bicycling or horseback riding for long periods, can cause repeated injury to a man’s penis. Since they involve a great deal of sitting, pressure, and jolts to the groin area, they can cause Peyronie’s to develop over time. As with an acute injury, the man may not realize the damage until symptoms appear.

Some experts believe that autoimmune diseases that affect connective tissues may lead to Peyronie’s disease. If the immune system attacks cells inside the penis, it can lead to inflammation, scarring, and severe curvature.

Men who have close relatives with Peyronie’s disease may also be at risk for developing it themselves. While it may be an uncomfortable conversation to have, it’s wise to ask your father, brother, uncle, and grandfather if they also experience a painful curvature of the penis. This information can help both you and your doctor manage the disease more easily.

Sexual performance naturally declines as a man ages with changes in hormonal levels and elasticity of penile tissue. The inclination towards Peyronie’s also increases, affecting men who are over the age of 55, more often than their younger counterparts. If he smokes, consumes alcohol, ingests certain drugs, has had prostate surgery, or other health issues are present, a man’s risk is even greater as he ages.

If you are experiencing pain or penis curvature, it is important to seek care from a healthcare provider, especially if it prevents you from having sexual intercourse or healthy intimate relationships. Your healthcare provider will begin by reviewing your medical and family history in addition to a physical exam in which he or she will examine your penis for signs of plaque. If a physical exam fails to produce evidence of plaque, or your healthcare provider would like to pinpoint the exact location of the plaque buildup, imaging tests such as an X-ray or ultrasound may be required. Common recommendations for Peyronie’s disease treatments could include:

In some instances, Peyronie’s disease clears up on its own, though often some sort of treatment – at least some sort of pain relief, in the short term – is necessary. If there aren’t severe symptoms or discomfort, a doctor may decide to first wait before doing anything else.

Some studies suggest that Peyronie’s disease could be made worse if men have certain habits, including smoking, drug use, and alcohol consumption. Cutting back on these things or eliminating them entirely – along with exercising more and eating right – could help with the condition.

Medication focuses on reducing plaque to reduce the penis curvature and overall pain. While very expensive, collagenase is the only FDA-approved medication for Peyronie’s disease and is injected into the scar tissue to help break it down. While clinical trials prove it can help to reduce the curve, this medication can cause severe side effects including penile fractures, allergic reactions, bleeding, swelling, itching, erection problems, and painful sex.

Surgery is recommended only in long-term Peyronie’s disease cases in which severe penis curvature is present and non-invasive treatments fail to work. The most common surgeries include a penile implant to help sustain an erection and straighten the penis, grafting to cover openings in the tunica albuginea once scar tissue is removed, and plication in which a surgeon pinches or removes a piece of tunica albuginea on the opposite side of the plaque to help straighten the penis. These surgeries have risks including shortening, numbness, or you could lose your erectile function.

Vacuum devices attempt to stretch and bend the penis to regain a normal shape through mechanical traction. It requires daily use, over the course of several months, through the use of an at-home, inflatable vacuum cylinder. While vacuum devices can provide small improvements to penis curvature, they are unable to provide significant improvements in men with moderate to severe penis curvature, and men who experience erectile dysfunction in addition to Peyronie’s disease.

It all starts with learning about you!  We spend as much time with you as you need, and that is what seprates us from other Men’s ED clinics.  It’s about quality time with our practitioners finding out what treatment options are best for your own unique situation.  One size never fits all.

Meet with Our Experienced Team

Trusting your ED issues to our team is a no-brainer.  Most ED clinics are run by doctors that don’t specialize in treating men’s health issues.

We are the Missing Piece

Our treatment protocols were put in place for the most challenging ED cases.  We are the place where people go after they have already tried everything else.  There is hope, true healing is possible.

Do you have questions?  Let’s spend 20 minutes on the phone so we can learn more about your unique situation and see if we are able to help you.  With our comprehensive approach, we are confident we have a solution that is right for you.

Let's Jump on a Call!

You have found your home!  Stop worrying about ED, we have the solutions you have been searching for.  We specialize in treating the most complicated ED cases and are confident that we can help you get your sex life back on track.

Catch on all the latest Men’s Health news and tips to keep you feeling your absolute best.

We hope that you learn something and enjoy our fresh content! 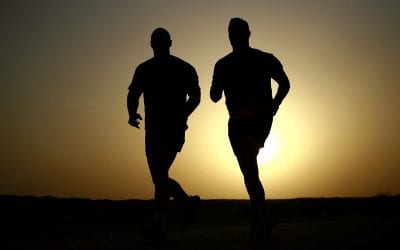 While most men develop erectile dysfunction because of various reasons, close to 75% get the condition because of health issues arising from a sedentary lifestyle. If you can add exercise to your daily routine, you might find that you feel fitter and have better... 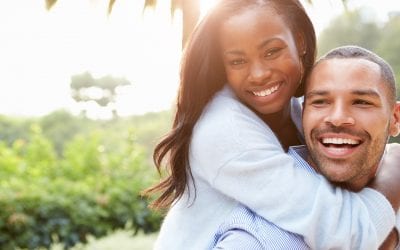 Few people are aware that high blood pressure is closely linked to Erectile Dysfunction (ED) in more ways than one. It may interest you to know that 49% of men who are aged 40 to 79 with ED also have hypertension. While having high BP is the direct cause of impotency,... 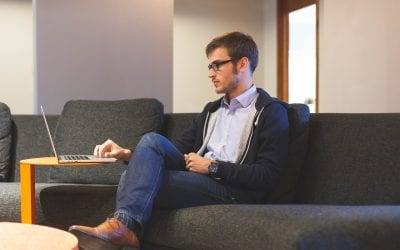 Is it Painful to Have Erectile Dysfunction Treatment

Most men are nervous about getting erectile dysfunction treatment because they’re embarrassed to talk about their inability to perform. But, more than that, men are worried about the possible pain and discomfort that might be a part of the diagnosis and solutions. To... 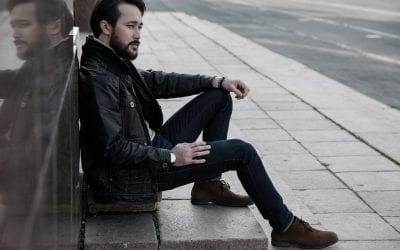 Can a Doctor Help Cure ED?

Erectile Dysfunction (ED) is a condition that affects almost all men at some point in their lives. Isolated incidents are best ignored, but if you notice difficulty in having sex over a longer period, go ahead and contact your doctor. Consulting a specialist is always...